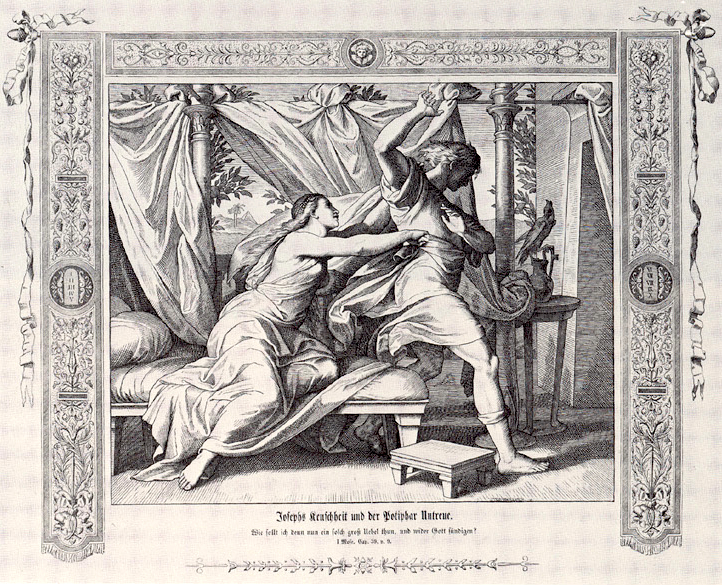 P.E. Kretzmann is no stranger to readers of L-TOMs. He was an important figure in early and mid-20th century Lutheranism. Some of his other works have been reviewed here:
Christian Art: In the Place and in the Form of Lutheran Worship

In The Days of Solomon

This Do Ye Often

The Lutheran Pastor as Teacher


P.E. Kretzmann was well known for his focus on the education and training of youth. Intimately tied to, and part of, Christian education, moral formation is crucial to the well-being of a Christian. In his September, 1933 essay, "Biblical Ethics Concerning Young People," Kretzmann begins with a lead in that could have been written yesterday, and is probably truer now...

Read more »
Posted by Pastor David Ramirez at 11:57 AM No comments: 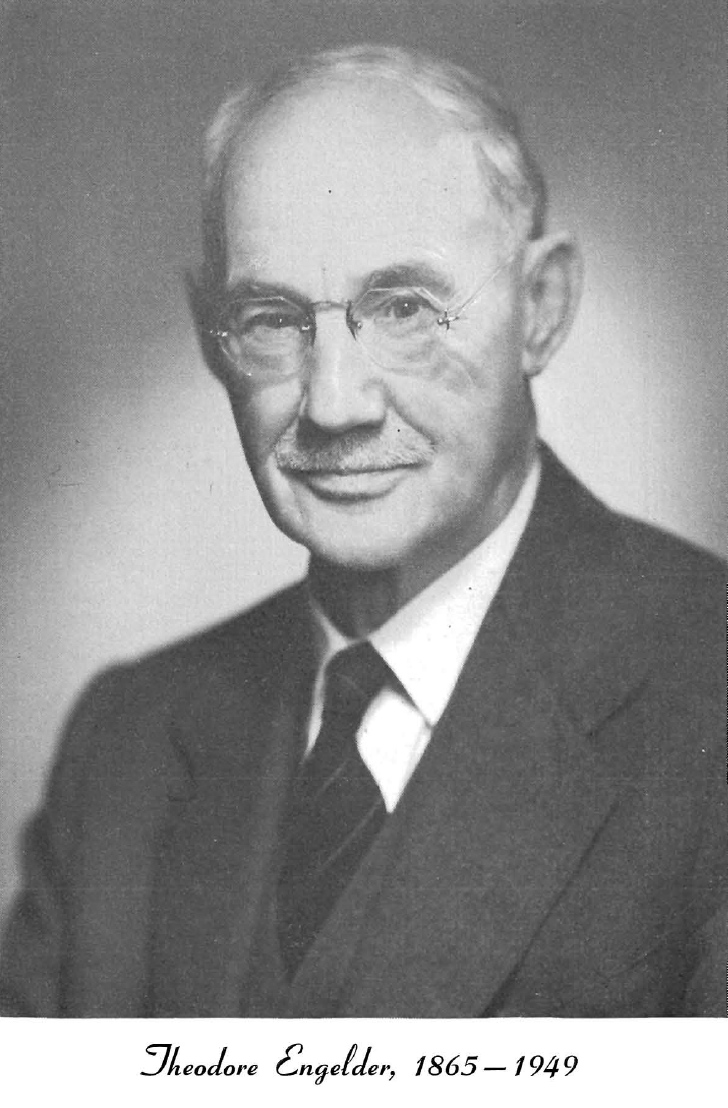 ***Update: A little bit more of his bio, here, in German.


Here at L-TOMs, we sometimes will venture further back into the German speaking resources of the Missouri Synod from time to time, but are mostly focused on the English works of the first half of the century.

A major figure in the Synod during this time was Theodore Engelder, perhaps most famous for being the main translator for Pieper's Dogmatics and the book Scripture Cannot Be Broken, review and information on where it is available here. It is an excellent defense of the doctrine of Scripture's inspiration and inerrancy, a topic on which Engelder particularly concentrated.

The Lutheran Pastor as Teacher by P.E. Kretzmann 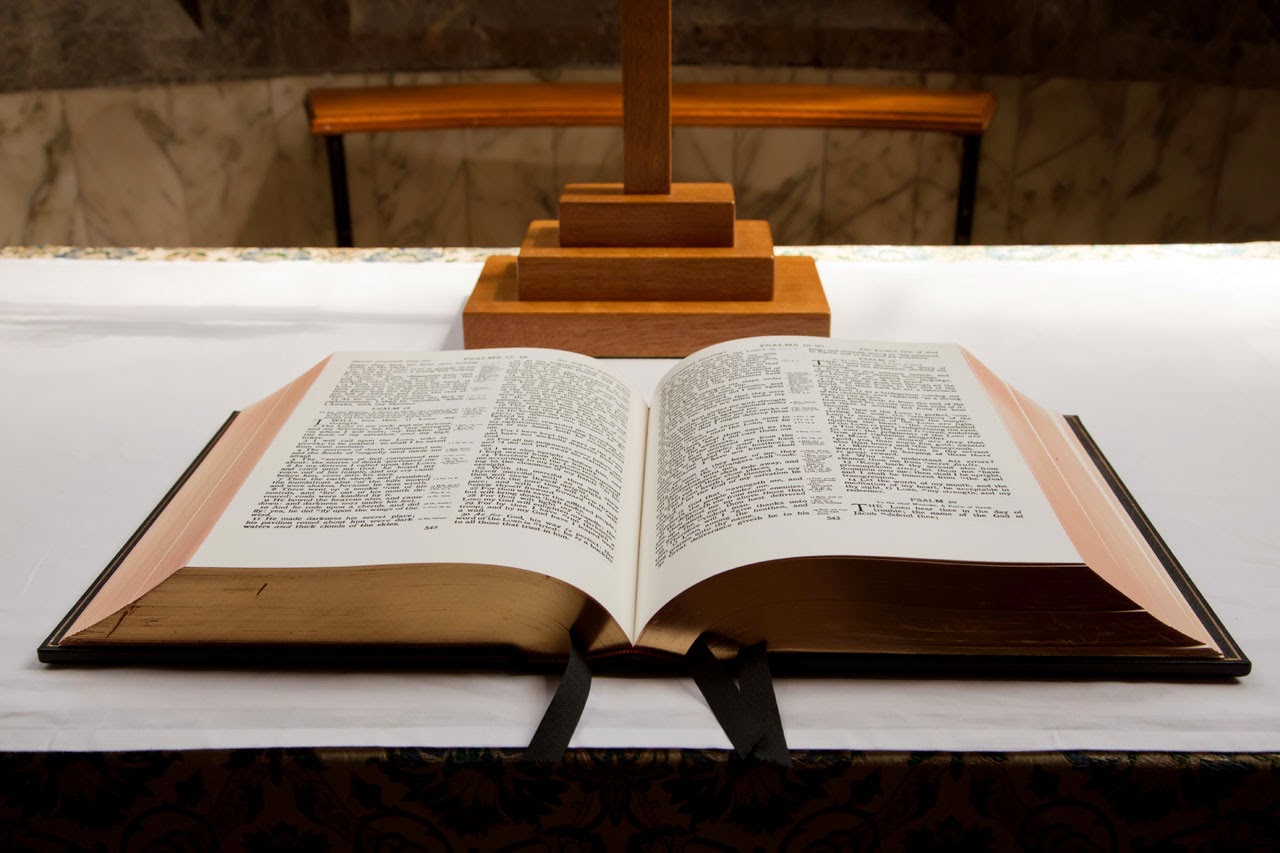 CTS-FW's Media Resources page is another great place to find L-TOMs. Well, maybe not books, but journal articles of the era, many of which certainly are treasures of the old Missouri Synod. Besides many other more modern periodicals, there are hundreds of articles from Concordia Theological Monthly from its inception in 1930 onward.

In the July 1941 CTM article The Lutheran Pastor as Teacher, P.E. Kretzmann lifts up the important point that teaching is of the essence of the pastoral ministry. It is a quick, 7 page read.

While some of what Kretzmann suggests are perhaps more specific to another era, much is timeless and good for pastors of today to meditate seriously upon: 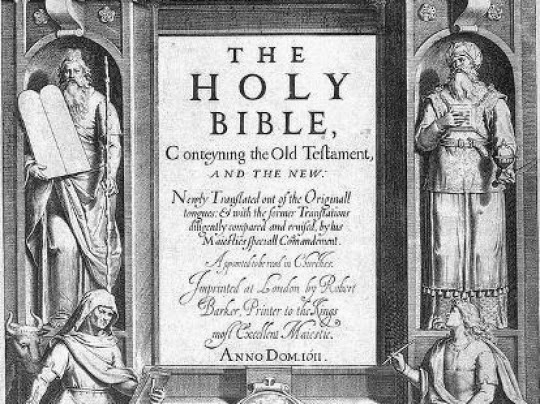 There is a new Page here at L-TOM's that I believe will be of interest, and hopefully helpful, to many students of the Scriptures. Under the Bible Study Resources tab, you will find:

A Brief and Basic Bibliography for Bible Study Resources
For Home, Church, or School Libraries

It is a list of 6 resources (plus one that is free online) that would make an excellent basic library for Bible Study...whether it be for the home, church, or school setting. Almost all of these resources are L-TOM's and have been beloved for generations. What is also excellent about this list is that these resources are not overwhelming in terms of scope or size, and, not to be too blunt, they are very affordable. The whole list can be bought (including shipping) for under than $100.00, less if you are willing to buy used. 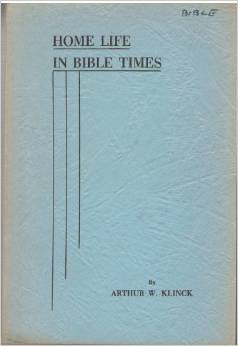 This is another volume of the Concordia Leaders Training Series written by Arthur W. Klinck in 1947. He also wrote the Old Testament History volume, a review of which may be found here, along with a bit more information about the series.
Home Life in Bible Times is an excellent resource for the parent, pastor, or teacher. It gives helpful information about the biblical world: its customs, agriculture, occupations, husbandry, food and drink, construction and architecture, weaponry, the trades, travel, art, science, commerce, and much more.

Life of Luther: With Several Introductory and Concluding Chapters from General Church History by Gustav Just 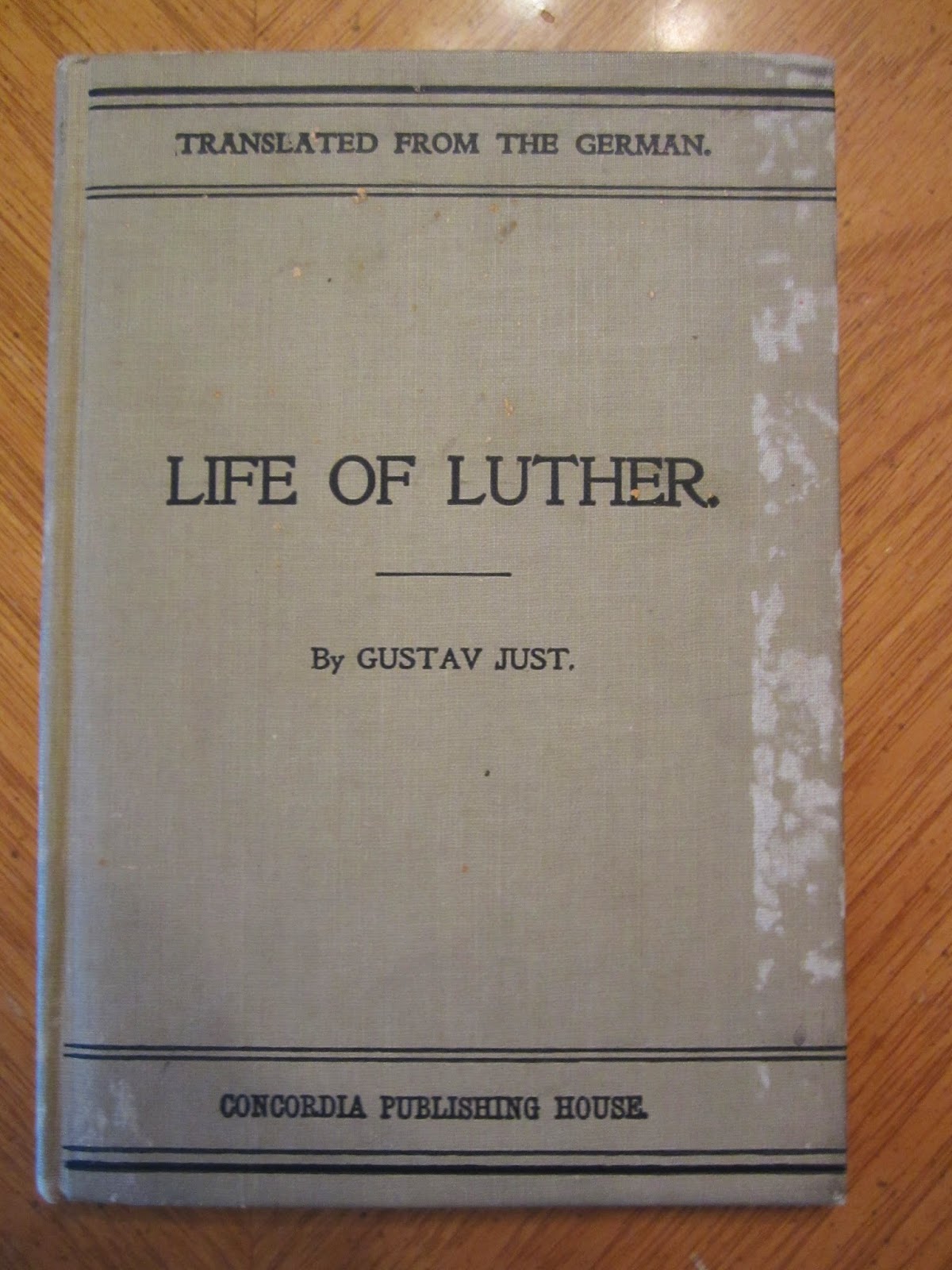 Church History is a woefully neglected subject. All Christians, but children especially, should be taught their family history between Pentecost and today. It is a particularly modern bane to have such myopic and self-absorbed perspectives. Knowing and honoring your fathers in the faith goes a long way towards curing this disease.

Life of Luther is a slim little hardback volume that was a standard brief Church History appendix or addendum to the Bible History taught in Missouri Synod schools and homes. While not long enough for a year long class, it is an excellent window into Church History for children and their families. It was prepared by Gustav Just, a teacher at Bethlehem Ev. Lutheran School, St. Louis, and was translated into the German by M.S. Sommer and F.W. Herzberger, who are only referred to as "S. and H." Its wide use in the Synod is evidenced by its mention in synodical periodicals and model curricula...and the numerous copies which can be found in Missouri Synod church and home libraries to this day. There are also a plentiful amount of copies to be had for very cheap on Amazon and other sites. 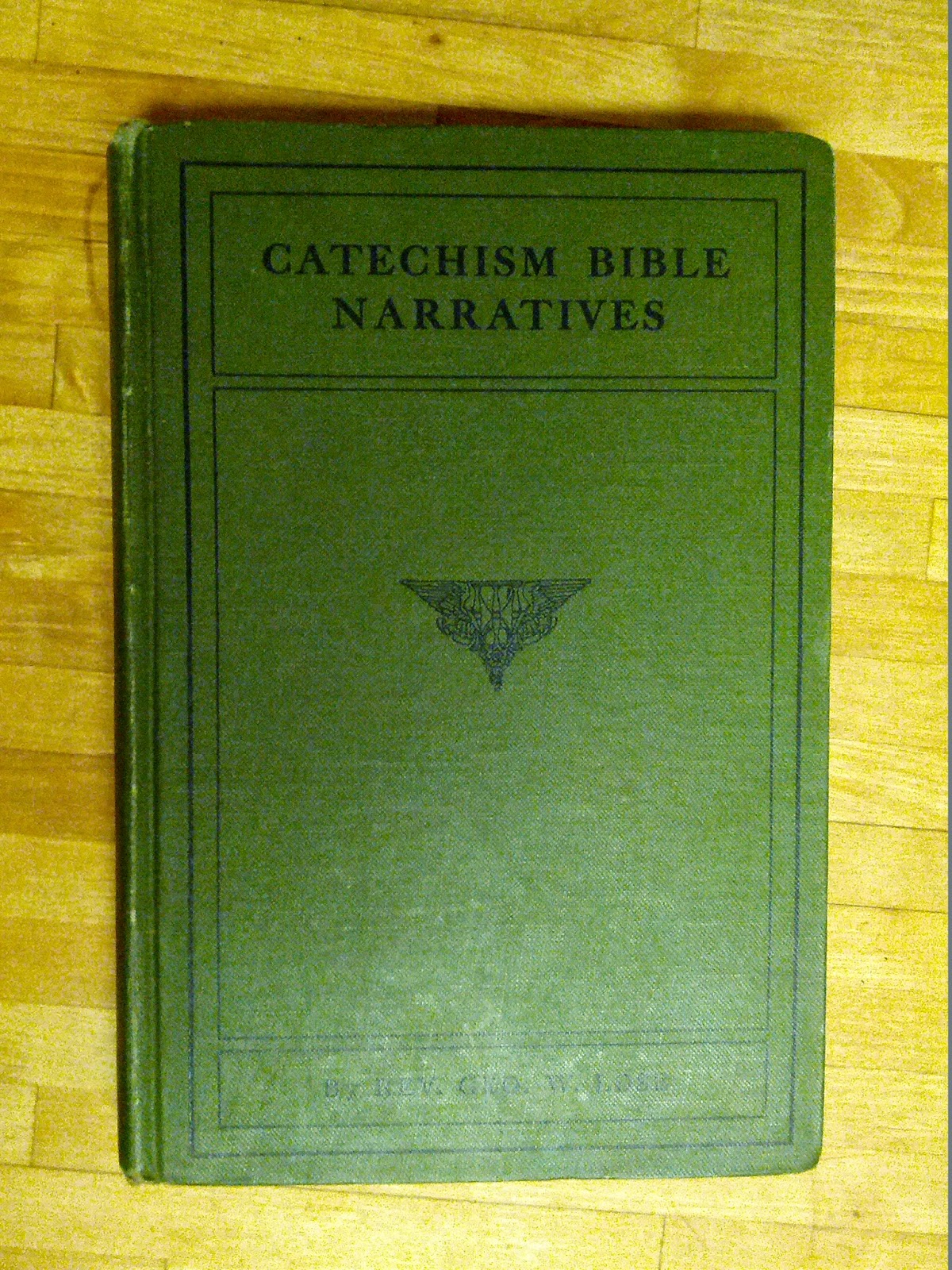 (Note: Thank you to Pr. Andrew Gray for another excellent post on a resource that is both helpful in catechesis and free online.)


This book published by the Lutheran Book Concern in 1915 for use in Sunday School’s is an excellent resource to have on the shelf and in the home to teach the Biblical basis for the Small Catechism and the Christian Faith.  The connection made between the Scripture reading and the Catechism would be helpful not only for the youth but adults and pastors in their study as well.


The book provides 86 different texts and also has 20 review sections, for a total of 106 lessons, that take one through the Small Catechism using pertinent Bible narratives.  The text of each passage is provided from the KJV.  Following each passage there is an extensive section of explanatory notes which will help the student and catechist in their understanding of the text.
Read more »
Posted by Pastor David Ramirez at 3:44 PM No comments: 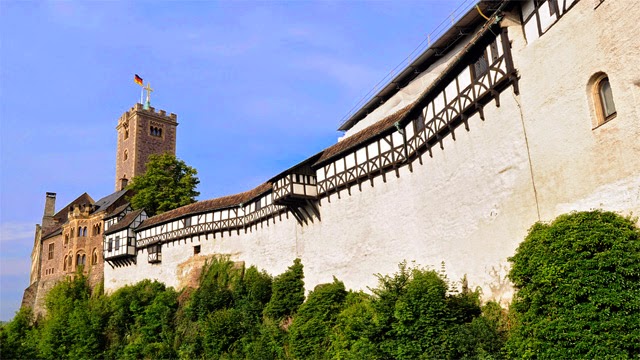 Note: Thank you to Pr. Andrew Gray for providing us with an intriguing post about Luther and poetry (a most neglected art).


The impetus for this post is the finding of a 1938 book called Martin Luther in English Poetry. (Catalog listing)  It consists of poems that have something to do with Luther and the Reformation.  The poems were “selected and edited” by W.G. Polack.

Read more »
Posted by Pastor David Ramirez at 10:07 AM No comments: 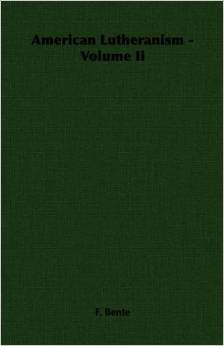 (Note: Find the post on the first volume here.)

Bente hits the ground running in the second volume of American Lutheranism with a gripping and incisive evaluation of the 1917 merger of the General Synod, General Council, and the United Synod South to form the United Lutheran Church. With the merger as the setting and fate, he gives the history of each of these three predecessor synods.

Confirmation in the Lutheran Church by A.C. Repp 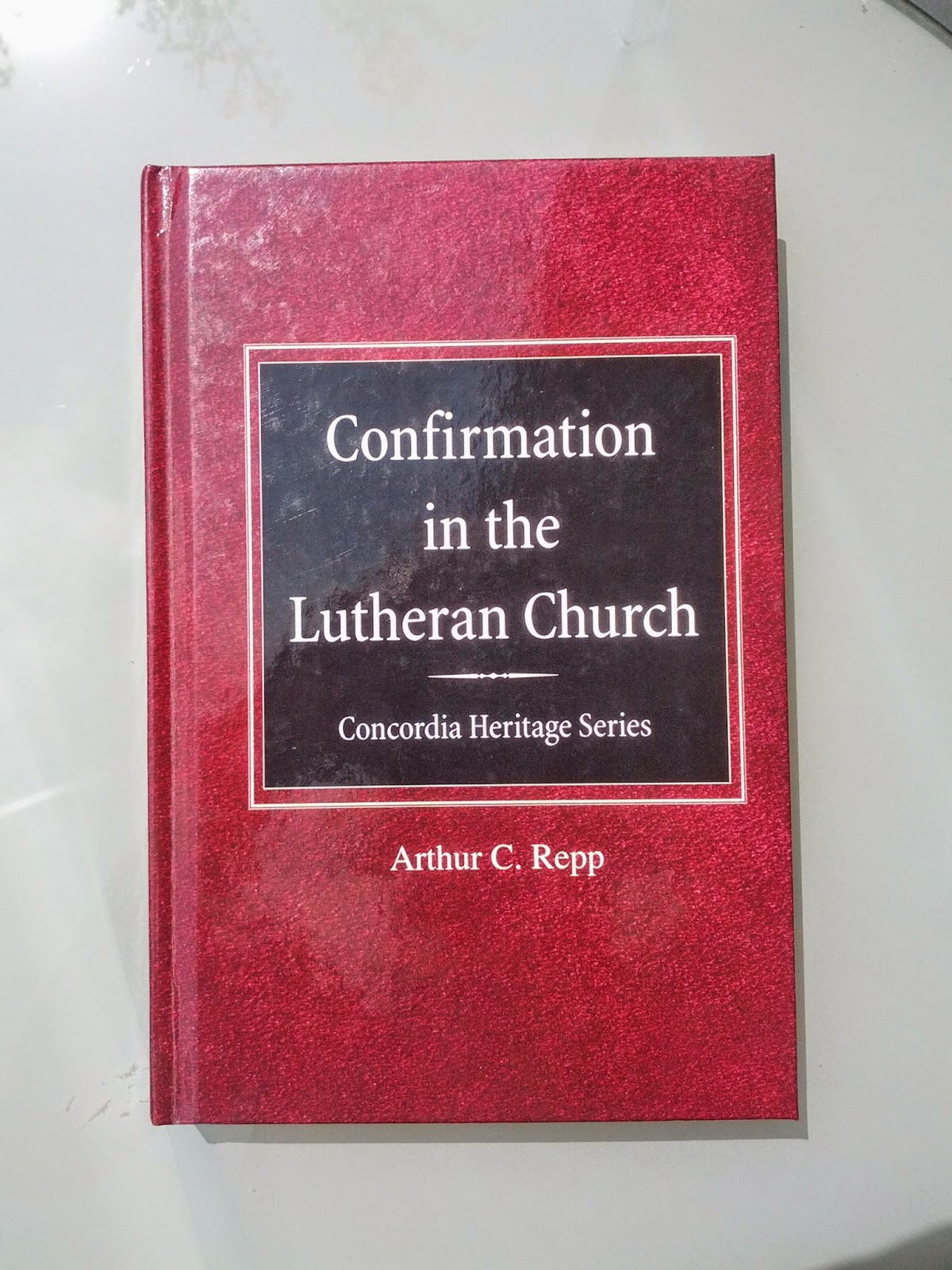 Repp’s work begins with a look at the development of confirmation prior to the reformation. He then proceeds to identify six forms that catechesis and confirmation have taken in the church since the Reformation. His classifications do a good job of identifying some of the different strands of practice and understanding that have been used in the Lutheran Church.

His six types are:
Read more »
Posted by Pastor David Ramirez at 1:30 PM No comments: 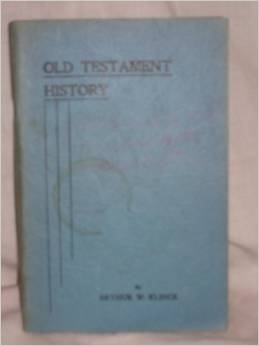 The Concordia Leadership Training Series (earlier called Concordia Teachers Training Series) produced excellent, concise, yet comprehensive training booklets originally designed for Sunday School teachers to use for their own education and preparation. The first series of these booklets are superb in their summarization and presentation of what a teacher of religion ought to know concerning a particular subject. The second series of these booklets are almost exclusively focused on how to teach (certainly an important subject in itself), yet they are rather enthralled with modern psychology and teaching methods. Suffice to say, they are of a lesser quality than the first series (late 30's and early 40's). [For two excellent resources on pedagogy and the nuts and bolts of how to teach, see: A Christian Pedagogy and How to Teach in Sunday School.] 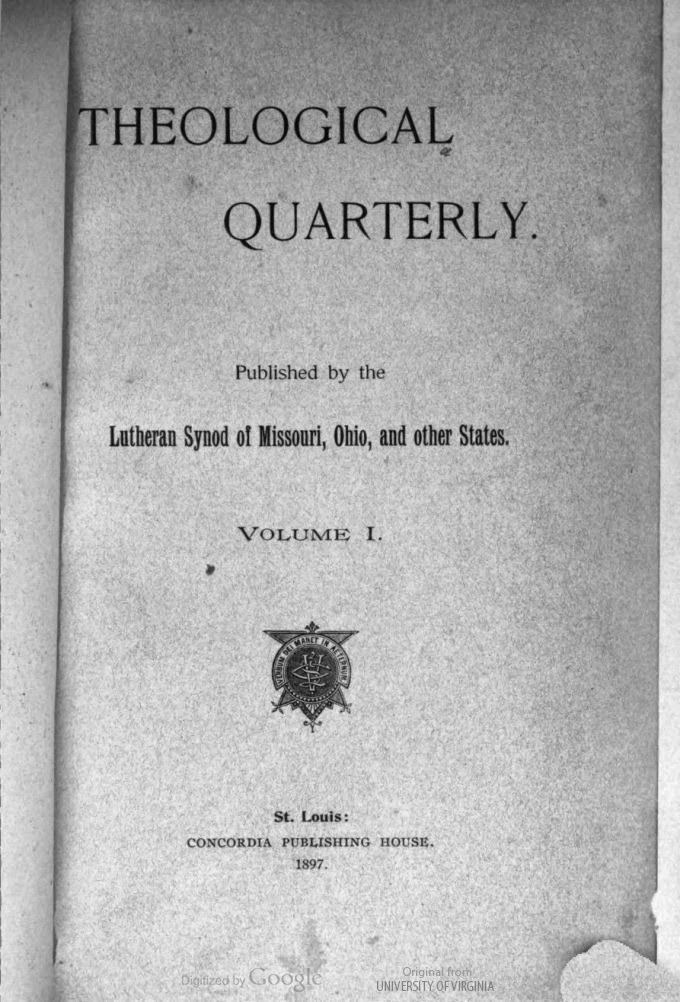 It is a veritable goldmine of interesting, useful, and edifying articles. From the year 1897 alone I have greatly enjoyed articles such as: "What is Theology"; "Public Worship in the Lutheran Church"; "Sermon on the Christian Amendment Question"; "Bibliology"; "What is Exegetical Theology"; and "The MALUM PIETISTICUM in Spener's Pia Desideria." And that is but the tip of the iceberg.

Following the Faith of Our Fathers by Friedrich Bente 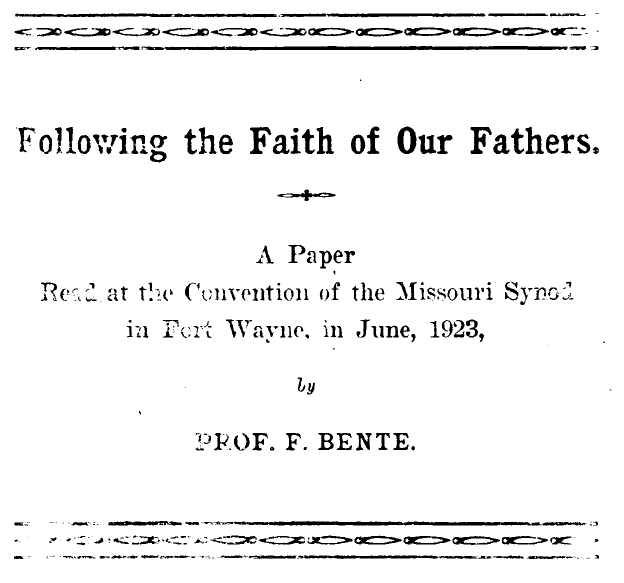 Here is another treat from Bente before we get to the second volume of American Lutheranism. It is an essay from the Missouri Synod's 1923 Convention. Bente hits the right note by calling upon the Synod to respect and honor her fathers, yet remembering that this is no hidebound traditionalism, but due to the fact that they were loyal to the Word of God.

Perhaps the most refreshing aspect of Bente's essay is that he does not shrink from the other necessary part of believing, teaching, and confessing in the church militant--rejecting and condemning. And he is as sharp in his condemnation as he is coordinately clear with joyous proclamation. He lays out the importance of confessional and biblical fidelity with an eye to the historic and current American Lutheran situation. From his conclusion: 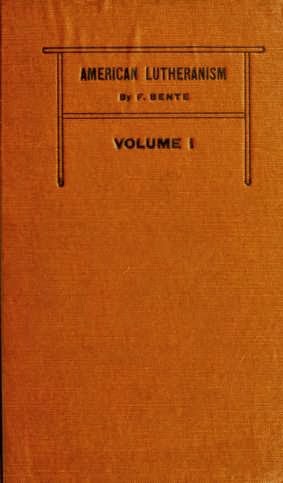 Most famous for his Historical Introductions to the Lutheran Confessions (online here),  Friedrich Bente was one of the Synod's greatest historians. This first volume of Bente's American Lutheranism traces the early years of Lutheranism in America. He swiftly, but adequately, covers the colonial period and the establishment of the first Lutheran outposts: the Salzburgers, the Swedes, the Dutch, Falckner, Kochertal, etc. (Berkenmeyer in New York is a favorite of mine! (p.32-5)) By page 59, Muhlenburg rightly dominates the narrative of these early years.


Two sections stand out as especially important for the student of American Lutheran history: 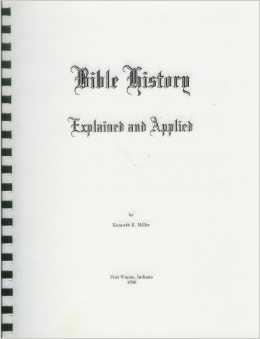 Perhaps you've heard of Kernlieder, the core hymnody that ought to be taught to children. There is also a de facto canon of core Bible Stories that can be recognized not only in Missouri Synod history, but across (American and otherwise) Lutheran history. The Missouri Synod's resources for teaching Bible History are representative of this broad consensus.

While not a true L-TOM, published in 1996, Bible History: Explained and Applied is linked to this same tradition as a supplemental resource to: the Elementary Bible History, which later became 100 Bible Stories; the upper grade Advanced Bible History, which is the 1936 revision of the Comprehensive Bible History; and other coordinated materials such as Bible History References. This book of Rev. K.K. Miller, who was a pastor in the LCR, is a collection of short sermons on the same Bible stories that are covered in the above primary resources. From the Preface:

How to Teach in Sunday School by Theodore E. Schmauk 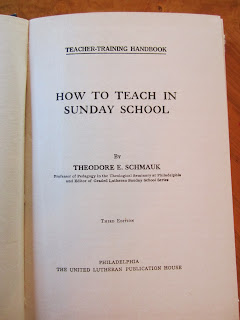 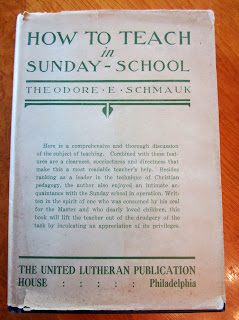 The more books I read from the early 1900's about and for the teaching of children, the more I am in awe of how dreadfully seriously our forefathers took pedagogy. The task of compiling Bible Histories, teacher training materials, etc. was entrusted to the leading men, if not the leading theologian, of the particular synod. While this is still true to a greater extent in the LCMS than most other Lutheran bodies, it is only a shadow of what was.

Kretzmann, Stellhorn, Koehler, Rupprecht, etc. were all top theologians that were heavily involved in and directed the educational direction of the Missouri Synod. If one surveys the Concordia Teachers' Training Series booklets from the first half of the 20th century, they were in large part written by seminary professors or well-respected parish pastors. J. M. Reu, the greatest theologian of the Iowa Synod, personally compiled their Bible History and many of their catechetical and educational resources. This same pattern can be seen again and again among the German, Scandinavian, and other Lutheran groups.