Engelder on "The Hades Gospel": Still Needed Today! (Compilation of All Links) 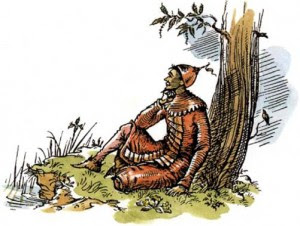 Once again, the worth of this theological treasure, Engelder's "The Hades Gospel," is proven. For those confused on the matter, Engelder makes clear that Lutherans do not believe in the "Hades Gospel." We do not believe that you get a "second chance" in the afterlife or on the Last Day.

People who die in unbelief go to hell. That is what the Bible teaches. If that is unsettling, than you must refresh your abhorrence and hatred for sin in conformity and in reflection of God's righteous wrath against sin. As Engelder points out, we must repent and mortify our fleshly thoughts. We are not to accuse God of sin by saying, or implying, that He wrongfully didn't give people a "fair chance" as if all men were not poor miserable sinners who deserve damnation.
Engelder's concern is that we remember that God has graciously redeemed us from our just punishment by His great love and mercy poured out in Christ Jesus. The Lord does this in accordance with His goodness which He defines and teaches to us in His Word. Thus, as Engelder shows, Lutherans are not to engage in speculative gymnastics and teach it as scriptural doctrine--especially speculation that caters to the world and its so-called "reason."

If you want to read a masterful rebuttal of the "Hades Gospel," Prof. Theodore Engelder's work on the subject is the place to go.

[Here is a brief introduction to Engelder and his work.]


In six essays, published in the Concordia Theological Monthly during 1945-6, Theodore Engelder confronted the prevalent, and still persistent belief and false hope, that there is a "second chance" or further hope for salvation for those who die in unbelief.


Below are the links to the series of posts I did on the subject and links to Engelder's articles themselves: