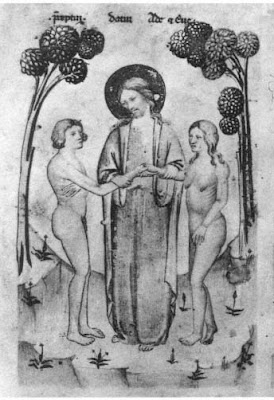 
Question 51. What is marriage?
The lifelong union of man and wife unto one flesh, instituted by God and entered into by rightful betrothal.


The 1943 explanation is virtually identical:

Question 61. What is marriage?
Marriage is the lifelong union of one man and one woman unto one flesh. Marriage was instituted by God and entered into by rightful betrothal, or engagement.


In the 1986 explanation, the question "What is marriage?" is no longer present. However, under a different question, a definition of marriage is indirectly given:

55. How do we lead a sexually pure and decent life?
...B. honor marriage as God's institution, the lifelong union of one man and one woman

Not only has the understanding of how one enters into marriage been eliminated from the definition, but any mention of betrothal and/or engagement is missing from the entire section of the explanation. Thus, the explanation of the sixth commandment no longer begins with a definition of marriage nor does it flow from it. Just as the rejection, or at least the downplaying of, the Synod's historic opposition to birth control caused confusion concerning the purpose of marriage, so too did the dropping of the clear teaching of how marriage was rightly entered into weaken our understanding of the nature and definition of marriage.

Detailing how this change took place is not the purpose of this post. However, if one would like to see some of the movement that greatly contributed to the shift of the Synod's traditional teaching on marriage, and the issues surrounding it--divorce, remarriage, birth control, engagement, etc., he should be aware of an important study that was undertaken in the 1950's.

In 1947, at its centennial convention, the LCMS considered and passed a request from the Joint Pastoral Conference of Southern California to restudy the issues of marriage, divorce, remarriage, and related problems. To satisfy this resolution, a large study, broken into several sections, was undertaken by the Family Life Committee of the Synod's Board for Parish Education. The first part of the study was completed in 1959 and was called Engagement and Marriage: a Sociological, Historical, and Theological Investigation of Engagement and Marriage. The editorial committee was chaired by Oscar E. Feucht, later, author of Everyone a Minister. There are a few copies floating around, or you can read the CTM review here.

This book is a fine example of how a traditional teaching of the Missouri Synod was upended by those framing the question. Unsurprisingly, the commission decided that they needed to approach the issues de novo.

Unfortunately, in essence, the studies' main argument is an exercise in denying the antecedent. The following is my summarization of the study's argument:

1. If engagement or betrothal is understood the same today as it was in ancient Israel then engagement is tantamount to marriage.

2. Engagement or betrothal is not understood the same way today as in ancient Israel.

3. Thus, engagement is not tantamount to marriage.

It is a rather childish argument. Especially so in view of the fact that those who taught that engagement was tantamount to marriage did not base their rationale upon a cultural understanding of engagement or the term itself. Rather, they based their assertion upon the promises made, regardless of what it was called, believing that the words spoken meant what they said!

To not meet the actual argument of those who believed that engagement was tantamount to marriage was a display of ignorance at best and a lynching of a straw man at worst.

As Kretzmann says in his article, "It is immaterial whether this mutual promise or consent is designated an engagement, a betrothal, or is called by any other name, as long as it is shown to have been made. (Consensus, non concubitus, facit matrimonium.)

Basically, it is the old canard of saying that since conditions and customs are different from biblical times, then you may dispense with the teaching. The study throws around plenty of talk about having an "evangelical view of marriage" and warnings to "not bind consciences" to "customs" and "canon law." There is the incessant appeal to the alleged lack of "clear passages." Seemingly, the committee has forgotten the hermeneutical principle that doctrine based upon clear and necessary inferences is to be believed and confessed though the point may not be made explicitly in the Scriptures. (eg. infant Baptism, the doctrine of the Trinity, and one's own personal salvation!)

It comes down to whether we hold people to their word of promise or not. When a man asks a woman to marry him, he is definitely promising to marry her, provide for her, to be faithful to her, and to be her husband. When this is accepted within the proper conditions such as parental permission, no invalidating circumstances, etc., they have already given their word. It is no custom. They have promised already to be man and wife. The promise, the words, what the thing actually is (regardless of what is felt or how it is "culturally considered"), is the center and heart of marriage under the old teaching. The wedding is, as Kretzmann writes:

6. The nuptials constitute the public acknowledgment of the valid engagement and the permission of the civil authorities to make use of the privilege of cohabitation. Gen. 2, 24; 1 Cor. 7, 3. 4.


Unless we want to devalue and destroy all the promises of Christ the bridegroom as merely resting upon a "custom" instead of His words--what they mean and the relationship they establish, I will take heart that the Bridegroom's promise to His Bride, and to me, is tantamount to marriage and not some shifting sand of a heartfelt, customary trial period.

Need to Get Read Level: 10/10--especially as the Missouri Synod looks over the proposed revision of the explanation to the catechism.


Note: Speaking of how one rightfully enters into marriage, another point that is not emphasized enough in our day, upon which Kretzmann is both very clear and in line with the Scriptures and orthodox Lutheranism, is the general rule of the necessity of parental consent.

3. Parental consent is essential to the validity of an engagement, l) provided it is not arbitrarily withheld, especially for selfish reasons, 2) so that it would amount to a prohibition of marriage.


This work is refreshing in its clarity and helpful outlining of what marriage is according to God's institution.