Justification of the Sinner before God by Eduard Preuss 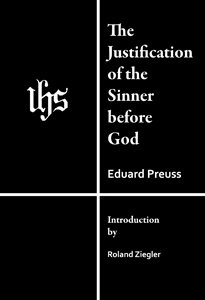 Walther called Justification of the Sinner before God by Eduard Preuss the best book on Justification in the 19th century. Lutheran Legacy reprinted it a few years back and Prof. Roland Ziegler of Concordia Theological Seminary-Fort Wayne wrote a new introduction for it with expanded notes. It is an amazing book. I read it a few years back, and it deepened and clarified my understanding of Justification, not to mention helping my preaching overnight. The book has beautiful illustrations and powerful sermonic imagery. Throughout, but perhaps most impressively in the second half, Preuss offers concise, clear distinctions and arguments against false understandings of justification. The pastors of our circuit are studying it right now, and the fruit is evident!
Additionally, Prof. Ziegler presented a paper at the Fort Wayne Symposia on Preuss and Walther. This is required pre-reading for this L-TOM, and should be required reading for pastors going out into the field. Ziegler relates the sad story of how Eduard Preuss, though he had such a wonderful understanding of justification, he fell into the error of wanting to see the church triumphant on earth, adorned with wordly glory. He became tempted by Rome and wound up defecting. After contrasting Preuss' later stance with Walther's, Ziegler makes special plea for pastors (and all of us!) to be guard so as not to fall into the same trap Preuss did. Preuss seems to have not made use of going and talking to his brothers about his doubts and fears, but apparently was outwardly fine until BLAMO! he forsook his confession of faith. As always, the forked tongue of Satan works beneath cloak in secrecy, poisoning the well, isolating and drawing us away from those with whom we should be in conversation and from whom we are to hear the Word of God for support.
Need to Get Level: 10/10     [I know, they all have been 10's so far...but we had to start with strong, classic L-TOMs! I promise we'll get to some more obscure works.]

It is only 15 bucks, and has chapters of only 15-25 pages. Just get it! It is a must for pastors or those who wish to delve deep into the teaching of justification. It works wonderfully for circuit study.


Update: Found a picture of Prof. Eduard Preuss in A Century of Blessing (1846-1946) Concordia Theological Seminary, Springfield, Illinois. Click here for lots of pictures from that book. 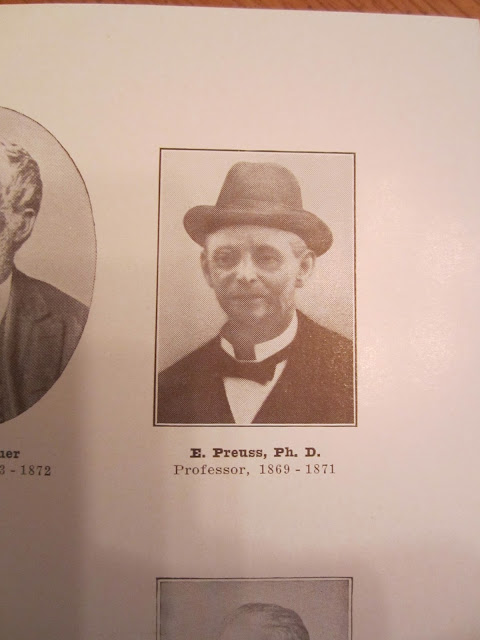